From the time I first heard of your faith in Christ Jesus and your love for all the holy ones, I have never stopped thanking God for you and remembering you in my prayers. I pray that the God of our Savior Jesus Christ, the God of glory, will give you a spirit of wisdom and of revelation, to bring you to a rich knowledge of the Creator.
Ephesians 1:15-17 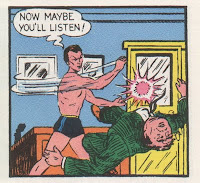 The last time I was informed by someone that they were praying for me it was truly uninvited. The issue was a gay union I officiated. The prayer for me was offered by another minister in the community. He was concerned for my soul. His “prayer,” intended  or not, was a religious slap.

Violent prayers, while plentiful, are not prayers the scriptures invite us to immerse ourselves in. I must admit that I have been very tempted. However, the text invites us into a more profound and benevolent form of prayer. Our prayers are to be far from vindicating our own sense of right. Our prayers should be that all may enter a fuller experience of the Sacred.

This can be a difficult invitation. At times my prayers tend to dwell in the arena of hurt and anger. I cheer the prophet Obadiah: “Bring them to their knees, God!” I have trouble with Paul: “Grant them a richer knowledge of you, God.”
My cynical shadow even gets into the act with its vengeance/hope that once narrow minded persons explore the Sacred remorse for their bullying attitudes will overcome them. Yet, this is not the import of the passage. The apostle Paul clearly encourages us to remember each other in prayer for the purpose that the Creator may be more fully known and loved.

Where am I in such a prayer? Where is my despair? Where is the time to rub my hands and think, “ha, ha, you’ll get yours now!”? The Sacred will have none of this, for in the end my cynicism and need for retribution only hurts me. As the saying goes, holding a grudge is like drinking poison – only the one drinking is affected while the troublemakers continue on their way.

The scriptures teach me that prayer is not a weapon – or a bitch slap for that matter – but rather a balm for peace and healing. If I am to truly hold another in prayer it is because I am seeking the best for that person. This passage teases our imagination about what the “best” looks like – wisdom, discovery, and rich knowledge of God.

Imagine a world where those set against others were filled with a rich understanding of the Holy. Imagine a world where all people of faith act on our wisdom and knowledge of the Sacred. How different would it be? How plentiful would our lives become?
Posted by David K. Popham at 7:54 AM 2 comments:

How can I abandon you, Ephraim?
How can I hand you over, Israel?
How can I make you like Admah?
How can I treat you like Zeboiim?
My heart is aching within me;
I am burning with compassion!
No, I can’t do it! I cannot act on my righteous anger!
I will not turn around and destroy Ephraim!
For I am God – no mere mortal –
the Holy One who walks among you!”
Hosea 11:8-9 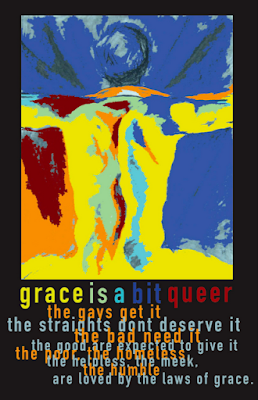 Through those who are born queer, and make the choice to be religious, runs a tension that at times is so taut that we feel we might be pulled apart. To be queer means that certain expressions of faith have shut their doors to us. To be practicing religious means that certain areas of the gay community have also shut their doors to us. We are caught between strong voices on either side claiming the two are exclusive of one another.

The Sacred knows that communities of faith often speak harsh words and support harsh actions towards us. The Sacred is aware of the evil perpetuated in the name of the Divine. Many people have suffered relentless hatred as a result of the intolerance of religious communities. According to the prophets, Hosea included, God is not ignorant of the malevolence achieved in the name of all things good and proper. In this knowledge God acts with justice to bring about a change of culture and attitude.

The passage before us is about the hope of a patient God for the people of God who have gotten it all wrong and act like the people of no-god. The towns of Admah and Zeboiim were associated with Sodom and Gomorrah. The purpose of naming them is to demonstrate just how far afield those in relationship to God can stray. The meaning being that a relationship to the Holy does not make sacred all the attitudes and prejudices communities of faith act on.

I am certain of God’s fondness for all creation, even those things created queer. But from time to time I am less sure of God’s tolerance of faith communities. This passage gives me hope that even we religious types are not beyond the pal of God’s care.

May we, who are avid lovers of the Sacred, never lose the ability to be wooed by God.
Posted by David K. Popham at 8:29 AM 2 comments:

Light is sweet;
it is a pleasant thing to feast one’s eyes on the sun!
Ecclesiastes 11:7 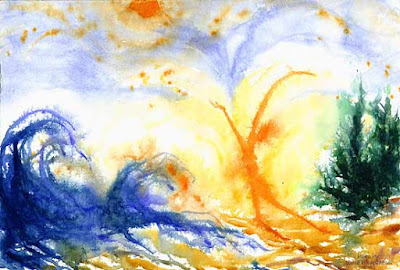 Qoheleth, the traditional name given to the sage of Ecclesiastes, is no one’s fool. He knows the score – life is empty and fleeting, and then you die. So it is surprising when the cynical Qoheleth speaks of a “sweet” and “pleasant” moment.

In the context of the philosophy of this work of scripture we might expect the pleasurable moment to be represented by a weightier dynamic then mere sunlight. We would expect Qoheleth to be pleased by a life that is successful and impacts the local community, if not all of society. We would expect Qoheleth to take pleasure in that which lends itself to permanency and has lasting consequences. Sunlight is a gift so mundane that most of the time we scarcely think of it as a gift. Yet, it is the simple presence of sunlight which moves Qoheleth to joy. In the realm of those who enjoy a little kink this would be the equivalent of being spanked by joy.

I am challenged by this passage. When will I know joy? When I have legal protection? When I am no longer feared as the “other”? When shame is not attached to my sexual orientation? The biblical scholar Ellen David reminds us that the longer we wait on some great occasion for joy the less likely we will be able to recognize it when it happens.

This despairing sage speaks of pleasure not at the end of some triumph, but in the midst of weariness and gloom. He says to me “Look, look at the gift of light. Isn’t it marvelous that in the midst of all the self-serving and narcissistic injustice there’s something that simply is and brings pleasure to the tired soul?” By linking joy with light Qoheleth tells us that joy like light is a vital force of life.

It takes courage and fortitude to rejoice when you are disempowered and unloved. Hence, Qoheleth’s sage advice is much needed for those who self-identify as LGBTQIA. The impulse within us for joy is all the sanction we need to claim the abiding transformative joy of the simple pleasures that cannot be denied us.

When noon came, darkness fell on the whole countryside and lasted until about three in the afternoon. At three, Jesus cried out in a loud voice, “‘Eloi,eloi.lamasabachthani?’“ which means, “My God, My God, why have you forsaken me?” A few bystanders who heard it remarked, “Listen! He is calling on Elijah!” Someone ran and soaked a sponge in sour wine and stuck it on a reed to make Jesus drink, saying, “Let’s see if Elijah comes to take him down.”
Then Jesus uttered a loud cry and breathed his last. At that moment the curtain in the sanctuary was torn in two from top to bottom. The centurion who stood guard over Jesus, seeing how he died, declared, “Clearly, this was God’s Own!”
Mark 15:33-39
Jesus died a queer’s death. Hate, ridicule, scorn, anger, humiliation, beatings – there is very little difference between these dynamics in the death of Jesus and in the lives and death of countless queer persons.
As a minister I am accustomed to speaking of a “peaceful death” or a “troubled passing.” With Jesus, and others who died as objects of abuse, we must use the term “victim.” Here the death of Jesus intersects with the queer community.
There’s a simple truth among queers – we are often at the mercy of heterosexual supremacy. Disempowered and marginalized we are the victims of an attitude and cultural posture that sees us as expendable. The Romans said of Jesus, “What’s one less Jew in the world?” Heteroarchy says of us “What’s one less fag in the world?”
This should be the end of the story – they the eternal oppressors and we the eternal victims. Yet, the death and resurrection of Jesus hints that this stalemate can be broken. Furthermore, it is the victim that has the power to break it. Only the victim can forgive the perpetuator of a crime. Society cannot forgive the perpetuator, the perpetuator cannot forgive him or herself, only the victim holds the power to forgive and to unlock a future that breaks the cycle of violence.
From the christian point of view, in Jesus, the Sacred became the victim of the anxiety and discontent of the world. In Jesus, the Sacred as victim forgave the world of this violent lashing out.
I am not Jesus. It deeply hurts when I am belittled because I am gay. My own sense of desperation and wounded esteem arise to repay hurt with hurt. I am ready to fight and deliver punishment with all the ferocity I can muster. Forgiveness is not on my radar.
As a queer person of faith I wrestle with the invitation to repay evil with good. It is hard to forgive when society persist in condemning me. So, at the foot of the cross I wrestle…
Posted by David K. Popham at 7:26 AM 6 comments: