"This is me, and I’m interested in you enough to show you my flaws with the hope that you may embrace me for all that I am, but, more important, all that I am not."

Shout triumphantly to the Lord, all the earth.
Serve the Lord with gladness;
come before God with joyful songs.
Acknowledge that Adonai is God.
Adonai made us, and we are God's -
We are God's people, the sheep of God's pasture.
Enter God's gates with thanksgiving and God's courts with praise.
Give thanks to God and praise God's name.
For Adonai is good, and God's love is eternal;
God's faithfulness endures through all generations. 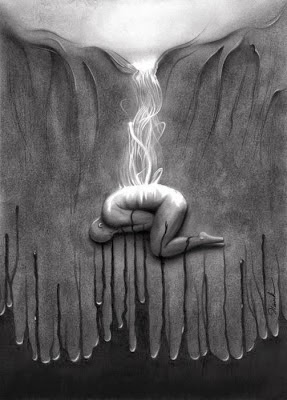 This psalm is a powerful invocation of trust in the goodness of God. We are the sheep of God’s pastures and God's steadfast love endures forever.  In the presence of such a God we have gladness and song. Out of such joy flows our thanksgiving and praise for the One who made us and claims us as beloved people.

Here before us is a summarization of the essence of a rightly aligned relationship with God. A relationship characterized by joy and gladness, thanksgiving and praise on our part and acceptance and love on the part of God. In these five short versus we plumb the depths of faith characterized not as obedience, but rather as joyful acknowledgment of the ground of our being: that we do not live in and unto ourselves, but rather we live in relationship to the One who is the channel of life and the bestower of compassion. This is the nature of faith, to enter into a caring and supportive relationship with the Sacred reality which sets at the center of our being. I applaud this psalm, its certainty and its boldness speak to the heart of what faith is all about.

Yet, at the same time there is a warning, that if I failed to raise up, I would fail to honor both the psalm and you. The psalm is absolutely correct: God’s steadfast love endures. What the psalm doesn’t tell us is the pound of flesh this steadfast love requires of us. For there is no true relationship of acceptance and compassion that does not call for vulnerability from us. All relationships of depth make us susceptible to being wounded and hurt.

As people of sexual and gender diversity we have spent much energy in protecting ourselves from a sex-negative society. We have toughened our souls to withstand the onslaught of homophobia and the violence - emotional or physical - it spawns. My concern is that the price of becoming invulnerable is the subjugation of all those who we fear will take away our resources and make us susceptible to being wounded and hurt.

This is the pound of flesh which God’s steadfast love requires of us: that we let go of this madness and frenzy action to be invulnerable and to open ourselves up to God and to God’s creation, all the while knowing the risk of being wounded and hurt. I cannot be christian and declare that the cross is only for Jesus, but not for me.

The actor, Ashton Kutcher is quoted as saying: “Vulnerability … (is) the art of being uncalculated, the willingness to look foolish, the courage to say, ‘This is me, and I’m interested in you enough to show you my flaws with the hope that you may embrace me for all that I am, but, more important, all that I am not.’”

A minister friend of mine, found himself at his first church where there was a young woman who was sleeping with all the men of the congregation. The church janitor was next on her list and the janitor went and talked to my friend about the predicament which was proving a very real temptation for him. My friend went and talked to the young woman, understanding there was a history of incestuous abuse behind her behavior. This was his advice to the woman. “The next time you're in bed, causing a married man to be unfaithful to his wife and family, and you’re in the sweaty throws of sex, I want you to remember that God loves you. God has always loved you and will continue to love you, no matter how many men you sleep with.”

Suffice it to say, the young woman stopped her more destructive behavior toward others. She stopped not because a minister talked to her. Rather, she stopped because she became vulnerable to God in all her flaws, in everything she was and with everything she was not.
Posted by David K. Popham at 6:13 AM No comments:

The heteropatriarchic complex needs us to feel bad about ourselves in order to justify the psychological pain they inflict upon us. Through acts of bullying and threats of terror this unholy complex seeks to keep us in a state of confusion and uncertainty which robs us of our dignity and leaves us feeling less than complete.

Why does the Almighty not reserve times for judgment?
Why do those who know Him never see His days?
The wicked displace boundary markers.
They steal a flock and provide pasture for it.
They drive away the donkeys owned by the fatherless
and take the widow’s ox as collateral.
They push the needy off the road;
the poor of the land are forced into hiding.
Like wild donkeys in the desert,
the poor go out to their task of foraging for food;
the wilderness provides nourishment for their children.
They gather their fodder in the field
and glean the vineyards of the wicked.
Without clothing, they spend the night naked,
having no covering against the cold.
Drenched by mountain rains,
they huddle against the rocks, shelterless.
The fatherless infant is snatched from the breast;
the nursing child of the poor is seized as collateral.
Without clothing, they wander about naked.
They carry sheaves but go hungry.
They crush olives in their presses;
they tread the winepresses, but go thirsty.
From the city, the dying groan;
the mortally wounded cry for help,
yet God pays no attention to their prayer.
Job 24:1-12 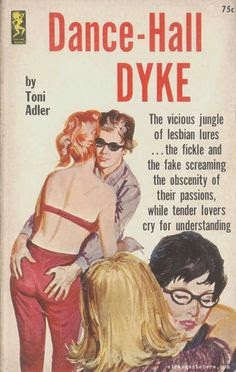 This passage from Job invites us to examine the exploitation and oppression of the weak and vulnerable. The folks over at Theology of Work have a good insight into Job's complaint: "People appropriate public resources for personal gain, and they steal the private property of others… They exploit the weak and powerless to gain outsized profit for themselves… The arrogant get their way at work, while the honest and humble are ground into the dirt… The poorest have no opportunity to earn a living and are reduced to scavenging and even stealing from the rich to feed their families… Others work hard, but do not earn enough to enjoy the fruits of their labor."

What strikes me about this passage is how contemporary it sounds. The exploitation of the developing world by the more developed world, the grinding of the 99% by the 1%, the "starvation wage" of the minimum wage job, the outsized profits of corporations. These dynamics are well at work in our world today. We should also add to this list the continued bullying of queer folk by the heteropatriarchy system which favors straight people at the cost of sexual and gender minorities.

Within the matrix of this examination of power structures we begin to understand the full threat which queer people bring to the heteropatriarchy complex. An empowered and embolden queer network not only calls into question deeply held ideas of sexual relations, but also unmasks the oppressive nature of a heterosexual society which benefits from a subclass of sexual minorities. This exploitation takes on both an economical and an emotional dimension.

The economical exploitation takes the form of blackmail. Not so much in use in countries where LGBTQIA folk have gained some legal protections, blackmail is still a weapon of exploitation in countries that have strong anti-gay sentiments and laws. The threat to expose and go public, with the promise of silence at a price, places upon certain queer communities financial strain which only benefits the exploiters.

The toll of the emotional exploitation is great and covers a wide range of response such as fear, depression, and suicide. The heteropatriarchic complex needs us to feel bad about ourselves in order to justify the psychological pain they inflict upon us, note the titillating explanation of "dyke relationships" on the book cover. Through acts of bullying and threats of terror this unholy complex seeks to keep us in a state of confusion and uncertainty which robs us of our dignity and leaves us feeling less than complete.

In this examination of exploitation, the book of Job raises the uneasy question of the role of God, or more precise the lack of action from God, in the midst of this oppression. From the bible we are accustomed to hearing a charge of the people forsaking God, here in Job, we hear a charge of God forsaking the people. The weak and vulnerable suffer while the exploiters and takers work with importunity. The passage ends somewhat pessimistically, "From the city, the dying groan; the mortally wounded cry for help, yet God pays no attention to their prayer."

While it is uncomfortable I think we need to live in this tension. Human society is still built upon systems which favor one group over another. God does not intervene and the exploiters seem to live a charmed life, untouched by the misery left in their wake. I offer no resolution here, for that would violate the tension which the text creates. Rather we must boldly act on the invitation to understand the power structures of the world for what they are: exploitive, oppressive, and unopposed. Then we must ask of ourselves - how do I wish to live knowing the true nature of this reality?