Queer people of faith have been admonished to either leave behind or to mask our self-identity for fear of a sex-negative God.

After John (the baptizer) was arrested, Jesus went to Galilee, preaching the good news of God: "The time is fulfilled, and the kingdom of God has come near. Repent and believe in the good news!"
As (Jesus) was passing along by the Sea of Galilee, He saw Simon and Andrew, Simon's brother. They were casting a net into the sea, since they were fishermen.
"Follow Me," Jesus told them, "and I will make you fish for people!" Immediately they left their nets and followed Him. Going on a little father, He saw James the son of Zebedee and his brother John. They were in their boat mending their nets. Immediately He called them, and they left their father Zebedee in the boat with the hired men and followed Him. 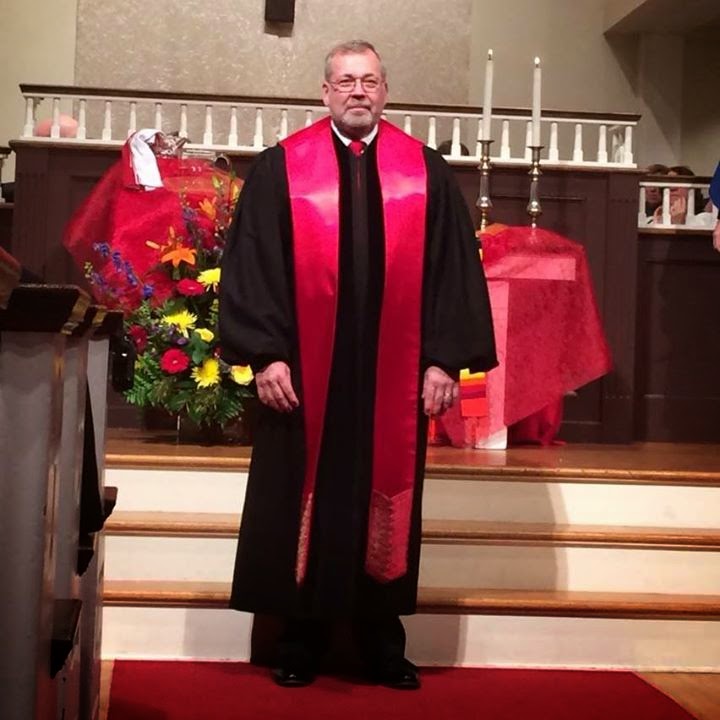 Last week I participated in the ordination of the Rev. Ron Verblaauw, an openly gay man. To be honest, in my task-oriented way, my larger concerns were for the logistics of an ordination. It comes with the territory of my position in a "middle judicatory" or regional office. Politicians kiss babies, I shake hands of newly ordained and newly installed. So yes, I came to this with my perfunctory lenses on (sorry Ron). How long is the service? Is my title correct? Have we pleased the chair of the ordination committee? This last concern I seemed overly proficient at failing.

It wasn't until a week later, as the Lectionary readings brought us to consider the call of the disciples by Jesus, did I stop to actually reflect on the momentous occasion:  a gay person of faith celebrating before God and the beloved community his positive response to the call of Jesus into christian ministry. Kin-dom come!

What I had approached as a "run of the mill" ritual was, in fact, far from it. Queer people have long been proclaimed the "abomination of desolation" by voices in the church. Meaning that as sexual and gender diverse people we are considered so far from God that our only hope for a significant relationship with the Sacred is to deny our core being and participate in lies and denials.

Some sections of the church seem hell bent on whitewashing their followers. By denoting what is "sinful" and then asking that those portions of our lives be repressed and covered over, we learn how to hide the very thing that attracts God to us. Queer people of faith have been admonished to either leave behind or to mask our self-identity for fear of a sex-negative God.

Jesus seems to have missed the later admonishment of the church. As he approaches the disciples he asks them to bring the very things they already are.  Jesus celebrates with deep gladness who Andrew and Simon, James and John are at the core of their being. They are not asked to suppress that they are fishermen, rather they are asked to embrace more fully the gift of their being. To allow this more holistic embrace to bring them to a higher level of service.

The examples of these two sets of brothers shouldn't be taken lightly. To answer the call of the Spirit entails making available to God our vulnerabilities. I was ordained before discernment of my sexual orientation  As I came out, one of the ministers involved in my ordination began to question the viability of my call. The disciples remind me that the pull of the Sacred on our lives asks us to be brave enough to be comfortable with who we are. God's call to all of us is the call to courage as we remove our masks and share from our core identities. In this rooted sense, the primal call of the Sacred is from false lives to real lives. To answer our call means to hear ourselves named as beloved.

As Ron stood taking his vows, no doubt was left in my mind of his sincerity. He is one who has been to the depths, exposing all in validation that God's love is infinite. Not only do we discover God's compassion meeting our deepest need, but also we find God's compassion blessing the gift of our being.