What do we who share the common lot of the LGBTQ+ umbrella have to learn from this encounter? Nothing? Everything?

In those days Mary set out and hurried to a town in the hill country of Judah where she entered Zechariah's house and greeted Elizabeth. When Elizabeth heard Mary's greeting, the baby leaped insider her, and Elizabeth was filled with the Holy Spirit. Then she exclaimed with a loud cry:
"You are most blessed of women,
and your child will be blessed!
How could this happen to me, that the mother of my Lord should come to me? For you see, when the sound of your greeting reached my ears, the baby leaped for joy inside me! She who has believed is blessed because what was spoken to her by the Lord will be fulfilled!" 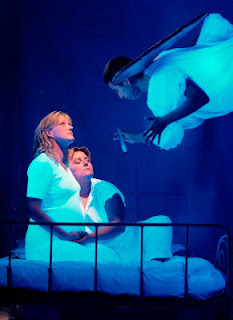 Why did Mary seek out Elizabeth? Was the unplanned teen pregnancy too much for the parents and this teenager? Was this their hastily arranged plan for getting Mary out of the village before whispers started?

It is a risky thing to be in conversation with our elders. Their wisdom is polished by experience and hardened by lived truth. The younger might learn something about life they have not understood. The younger might learn some truth about themselves they prefer to turn a blind eye to. Elders rarely have time to play the game of pretense that the younger invest so much energy in. Once the pretense is up, there is but the cold hard steel of reality: “You are an unwed pregnant teen Mary. You have brought shame upon your family, upon your affianced, upon your God.”

Yes, it is a risky thing to be in conversation with our elders. I can hear the elderly Elizabeth asking, “Why did you come Mary? Did you think that just because we are both pregnant that you are welcome here? My pregnancy is a noble one, born out of a closed womb now open like Sarah, Rachael, and Hannah - the great mothers of our faith.” This is the right of the elders to understand the deep connections of action and reaction to the history of their people. The elders understand they are not the first, nor will they be the last, to face a particular situation and lessons learned can be lessons taught.

Mary is at risk. In her naivety did she not understand the consequences if this encounter had gone wrong? It is one thing to be spurned by those outside our circumstances, it is another thing altogether to be spurned by those with whom we share a common lot. What if Elizabeth was jealous? What if Elizabeth did not want a detractor to her long awaited maternal joy? How easily she could turn Mary out to the street, another wayward teenager with poor impulse control.

Elizabeth was at risk too. As an elder she knew well the consequences of meeting with the young. The young, not yet made cynical, have a way of questioning the foundations elders have built their understandings upon. Mary could easily come and scoff at a woman who yearned toward one late-life pregnancy, while Mary’s own conception seemed readily easy in comparison. Mary could laugh at ancient tradition far removed from pressing contemporary issues.

Yes, there is risk in this meeting. Far more than the text can acknowledge. The old and the young grappling with their common lot. The scene could fly apart, except that it doesn’t. Doors could be slammed, except they aren’t. Tears of anger could be spilled, except they don’t flow.

Mary is warmly greeted. Recognized for who she is.  Celebrated for what she has done. That is the deep wisdom of the elder Elizabeth. Mary is not repeating the history of her tradition, she is opening up new horizons with new possibilities. That is the true gift of the young.

What do we - who share the common lot of the LGBTQ+ umbrella - have to learn from this encounter? Nothing? Everything?

Break Down the Barrier (Galatians 6:2)

"Break down the barrier which stops us from reaching out and taking upon ourselves the need of others."

Bear one another's burdens, and so fulfill the law of Christ. 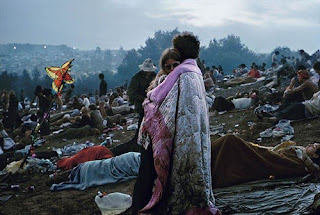 Sometimes I need a story to flesh out teaching nuggets such as this. Here is my attempt to illustrate this summation of Paul's ethics.

Once upon a time a boy and his mother lived deep in the woods. The mother had chosen this place to raise son away from the influence of other folks. Goodwill could not yet be found among the people, who spent their days fighting and taking from one another.

As happens, the boy grew and one day told his mother that since he was as good as a man he would set off and seek his fortune in life. As sorrowful as his mother was, she knew she could dissuade her son not yet a man from his choice. In her wisdom she made a blanket for him to take. At least at night he would be warm and protected from the cold nights.

After wishing his mother well, the son left the cabin deep in the woods. He sought his way in the world.

On the first day of his journey, since the people did not know goodwill, he was set upon by bandits that demanded his money. That night the boy not yet a man lay dismayed under his mother's blanket, yet warm and protected from the night.

On the second day of his journey he was befriended by swindlers who took his coat, his shoes, and his food. That night he laid hungry huddled under his blanket agains the cold night.

On the third day - barefoot, thinly clad, and hungry - the boy not yet a man continued his journey. He hadn't walked far when he came upon a solitary girl standing beside the road. Stringy hair. Smeared face. Tattered dress. Shivering against the cool of the morning air.

The boy asked if her parents lived nearby. The girls shook her head no.

The boy asked if her parents were in the woods gathering food. The girls shook her head no.

The boy asked if her parents were alive. Again, the girl shook her head no.

The girl saying nothing, just stood in the cold morning with chattering teeth.

Moved by concern, the boy puled off his mother's blanket and wrapped it around the girl. Now it was his turn to shiver in the cool morning air, standing there not really knowing what else to do.

Warming up the girl finally spoke. "Do you know who I am?"

"I am compassion. I have played along this road for many years. Each day rich travelers, and bright travelers, and important travelers with important places to be cross my path. But none of them ever stopped. How is it that you, a boy not yet a man recognized me and stopped?"

The boy answered, "I do not know about seeing compassion. All I saw was a lonely girl shivering in the cold morning." And that is how goodwill was nurtured into the world of people.

Goodwill encourages us to do our part, even when we feel we don't have much to offer. Bear one another burdens, Paul tells us. Break down the barrier which stops us from reaching out and taking upon ourselves the need of others. This may be the special role les-bi-gay-trans-queer-inter-asexual people have in society since we know the pain of being overlooked and dismissed.

Bear one another burdens. Break down the barrier. Nurture goodwill.
Posted by David K. Popham at 7:43 PM No comments: